SolverStudio allows you to create and edit your optimisation model without leaving Excel, and to save your model inside your workbook. You can also easily link data on your spreadsheet to sets, parameters, constants and variables used in the model. SolverStudio can run the model to solve the problem and then put the answer back onto the spreadsheet.

Referencing SolverStudio: The article below in INFORMS Transactions on Education provides a basic introduction to SolverStudio. If you publish work using SolverStudio, please cite this reference; ongoing development of SolverStudio depends on us being able to demonstrate impact through citations: 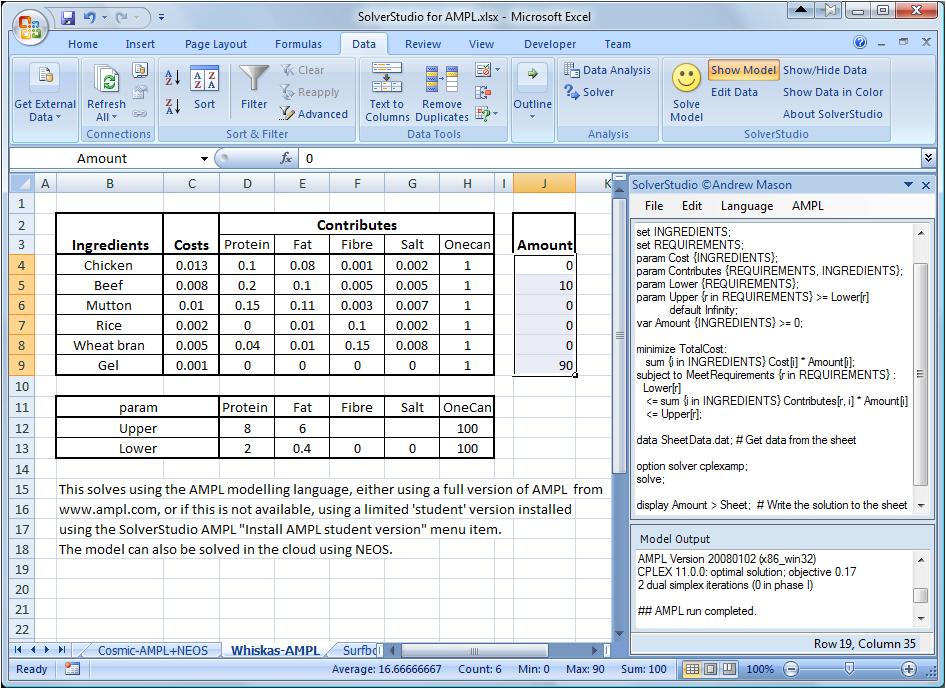 SolverStudio is written in VBA, and C# using Visual Studio 2010 Professional. It uses the Microsoft VSTO (Visual Studio Tools for Office) system running on .Net 4 to manage the integration with Excel. It includes IronPython as its embedded Python engine.

You might also be interested in our OpenSolver add-in which can solve larger versions of models developed using Excel’s built-in Solver.

This research effort has been partially supported by the European Union Seventh Framework Programme (FP7-PEOPLE-2009-IRSES) under grant agreement n° 246647 and by the New Zealand Government as part of the OptALI project.

SolverStudio has no affiliation with, nor is recommend by, Microsoft, Frontline Systems, AMPL, Gurobi or GAMS. All trademark terms are the property of their respective owners.